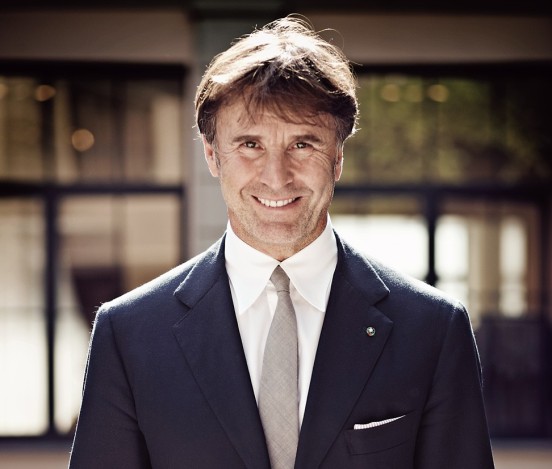 Brunello Cucinelli, is a revered designer whose eponymous label defines trends and ushers in new concepts of luxury with a singular vision of how stylish life should be. Cucinelli is as compelling and fascinating as they come, a design genius who appreciates the notion that clothes do much more than just cover our bodies.

Headquartered in the quaint hamlet of Solomeo, the Brunello Cucinelli Empire is a force to be reckoned with throughout the fashion world. A luxury maestro who dreams of building a company that will “survive for the next two or three centuries” – a colossal ambition with feet firmly planted on the ground, we take you through the tumultuous journey of the celebrated designer whose greatest laurel lies in being the pioneer of the “ethicalisation” of the fashion industry.

The bonafide “King of Cashmere” has a penchant for ancient classics, poetry, and soccer. Notwithstanding his penchant for the relentless upward trajectory of the Cucinelli empire in the stock market.  In an erratic industry where competition wreaks havoc with share prices, reputation and nerves, Cucinelli enjoys an envious position of unrivalled security with a market capitalization of more than $1.5 billion.

Ever since he was a child, Cucinelli aspired to make a mark in the world. He grew up in the countryside in Umbria, not that far from where his company is now based. His parents were farmers, and were far from wealthy. As a recurring incident he saw his father being ill-treated at work and his sorrowful eyes gave young Brunello the inspiration to focus on moral and economic dignity of his workers and gave birth to his exceptional philosophical standpoint. He built his company with a deep respect for his employees while keeping in mind the human impact of his business.

He attributes his success to his refusal to run with the pack. The fashion mogul dropped out of engineering school at the age of 24, and decided on a whim to produce a collection of women’s sweaters in bright colors and trendy oversized shapes. He was the first Italian designer to experiment with colors and cashmere. Primarily produced in neutral shades of beige, grey or ivory, he reinvented them in vivid pops of colours and stylish silhouettes.

In 1978, the first order for the label was for 53 sweaters. Last year, the company sold close to a million sweaters.

The key to his success is attributed to the philosophy that lies behind it, a work ethic that has made Brunello Cucinelli known as an example of moral neo-capitalism. With a corporate dictum that emphasis on giving his business a meaning that goes beyond profit and turnover, reinvesting to improve the lives of his workers, and to enhance and refurbish heritage sites, Cucinelli remains the most singular representative of the ethical movement in fashion, environment as well as culture.

He has embraced a unique business philosophy that draws on Renaissance humanism and the theories of a twentieth-century scholar, Theodore Levitt, who preached that the purpose of establishing companies is to keep and serve their customers.  In tune with what he calls a human capitalist philosophy, every piece of garment his company creates is made in Italy, mostly in and around Solomeo A keen exponent of the made-in-Italy brand, Cucinelli epitomizes craftsmanship and exclusivity. He combines colours shapes and silhouettes but what stays with you is the poignant image of artistry and quality.

The Perugian village that Cucinelli has personally restored and refurbished over the past 20 years and where his clothing empire is based employees seven hundred and twenty workers and all of them, on average, are paid 20 percent more than the wage they would get elsewhere. His belief is that through work we can reach the supreme good and the completeness of our soul.

His idealistic stance has earned him not only the exponential growth of his Italian maison, which hasn’t seen a drop in spite of crisis, but also different accolades and awards. From the “Imprenditore olivettiano 2009” awards for his brilliant career in the fashion history, the “Earnst & young” award to the honorary degree in philosophy from the University of Perugia, he has received recognition at every sphere.

With a turnover of 60 million Euros, the conglomerate produces men and women collections as well as accessory lines, spread all over the world through a series of boutiques in Japan, Europe, Russia or US. With the taste of lightweight, chic and sporty spreading like wildfire across fashion circuits, the Cucinelli Empire is expected to deliver double digit growths season after season – A true testament to his brilliance at this point in a career that straddles contemporary fashion like a corporate mogul.